Why “Local Produce” Will Mean Something Totally Different in 10 Years 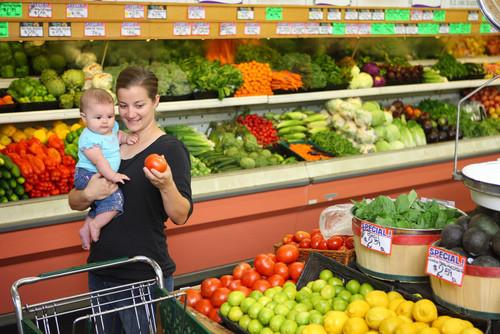 It’s clear to see why people say this about local food and local produce. What the cut on transportation alone is a compelling enough argument to get people to buy “greener” greens. Not to mention, meeting a local farmer at the farmer’s market can help you trust the source of your food and give you an opportunity to put your money directly back into a local economy.

Eating food grown within that 100-mile radius is a noble pursuit, and some have found ways to make it possible. However, there’s no doubt it can be challenging. If we want local to be the future, there’s a few things we need to change first.

The Type of Produce Remember, “local” doesn’t automatically mean “better.” “Local” certainly doesn’t mean organic. A lot of people who are drawn to the appeal and environmental-friendliness of local food are also more inclined to eat organically. However, it’s key to mark the difference. Not everything you pick up at the Farmer’s market is going to have that seal of approval. As a Canadian company, we know the struggles of Winter all too well. Yes the major downfall of local produce is that you cannot grow vegetables year round. Grocery stores source their fruits and veggies from far and wide to make sure produce that isn’t be available year round, is. Unless we grow accustomed to icy veggies, right now local produce year-round hardly seems possible. Let’s face it, local food generally takes longer to prepare than others. In fact, this interview from Local 316 found people who eat only local generally spend an average of 1.5 hours longer prepping their food than others. We have a local food supply, but local canners, preserves and other institutions aren’t as prevalent/ Because local produce isn’t available year round, it  is generally a little more expensive in the short-term that the mass produced food of the grocery stores. It’s not by much, but it’s enough to keep certain low-income and middle-class tax brackets shopping at a box store. However, the long-term cost of highly manufactured and process food will be huge – as production and transportation eats up a lot of non-natural resources.

In our minds, the MORE LOCAL we can make something, the better. We think the most local produce you can get is INSIDE your own home. The future of local produce isn’t changing lifestyles or making more room for farms, it’s finding new ways and new places to grow healthy, sustainable, local food.

We recognize the world is in a place of environmental uncertainty. One of the biggest changes you can make to contribute positively to climate change is sourcing your food from as many local sources as possible. Bonus points if food comes from your own two hands! We see the future and it’s tiny. A TinyFarm is the solution to create the local greens, year round, at a cheaper cost than what vegetables currently cost to grow and sell. It’s a new method, that’s for sure. Change involves opening your eyes to “outside the box”, or rather, “outside the farm: solutions.

If you’re interested in the future of local organic food, sign up for our newsletter to be the first to hear how we’re changing the produce paradigm. We also have weekly tips for growing and preparing healthier and fresher foods for you and your family.